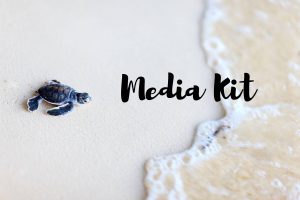 If you are a journalist and interested in doing a story on the Rubber Jellyfish documentary, we would love to hear from you.  Please send an email as a first point of contact if you require an interview.

We all know that throwing rubbish on the ground is littering, so why is letting a balloon float away seen as something different? Rubber Jellyfish is a feature-length documentary that explores the effects of helium balloons on the environment, wildlife and human beings. Mum-to-be Carly Wilson sets out on a personal journey to meet key players on all sides in the fight to ban balloons, and exposes the confronting truth behind our favourite party product. As she travels around Australia and explores problems around the world, seeking to understand the science and various points of view, Carly discovers a range of issues, from the heartbreaking impact on sea turtles to the potentially deadly effect of helium on children. Her journey takes her from littered beaches to the capital, as she speaks to businesses and politicians to find out why the balloon problem is being ignored and if something can be done.

Feel free to use any of these photos with or without the included captions.  Please do, however, credit the owners where indicated. 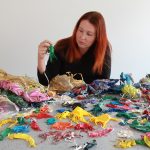 Photo courtesy of Larissa McCollin. Helium balloons that have burst into the characteristic jellyfish shape. All of these balloons were collected on the nesting beach for a population of critically endangered loggerhead sea turtles on the Sunshine Coast. 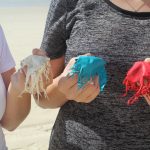 When helium balloons are ‘released’ either accidentally or as part of a ritual they travel all the way to the blackness of near space and burst into these jellyfish shapes. 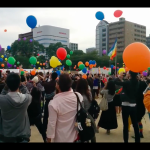 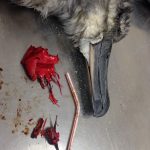 Photo courtesy Lauren Roman. An endangered grey-headed albatross that passed away after ingesting a red balloon in the characteristic jellyfish shape. 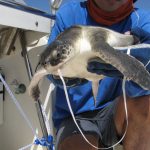 Photo courtesy of Blair Witherington. A green sea turtle in care after ingesting a balloon. 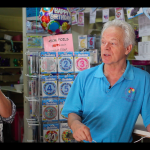 In Carly’s documentary, Rubber Jellyfish, she meets with people fighting for and against the rights of the balloon industry 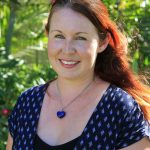 Bio for Carly, the film maker and presenter:

Carly Wilson was born in Canberra but grew up in Washington State on the East Coast of the USA.  She attended Olympic High School and the University of Washington.  She moved back to Australia in 2006 to pursue work with Australian wildlife.  She worked at the RSCPA Wildlife Hospital in Canberra for several years and then moved to Queensland and became a fauna spotter for several years, relocating wildlife from habitat loss sites for natural gas pipeline installations.

She became interested in film making while still in high school.  She became serious about about creating a documentary about balloon release ceremonies while completing a masters degree at the University of Queensland,

“It became clear to me that a lot of scientific studies are not publicised.  When I learned about what was going on with balloons and sea turtles, I was very concerned   I did a google search for information and found a lot of balloon industry propoganda claiming balloons were biodegradable.  The scientific literature told a different story, though. At this point I realised that instead of going into a phd program to potentially create another study that would not be publicised, I would rather just help people to learn about the important science that has already been completed”.

Carly is passionate about using documentary film making as a way to breathe life into science and make it understandable and relatable to a much greater pool of people.  She is also a contributing writer for 1 Million Women and Enzyme Arts Magazine and has a website, Facebook page, Instagram account, and Twitter feed.  She lives on Australia’s Gold Coast with her partner Sam and their two daughters.

You can find more information about Carly on her website.