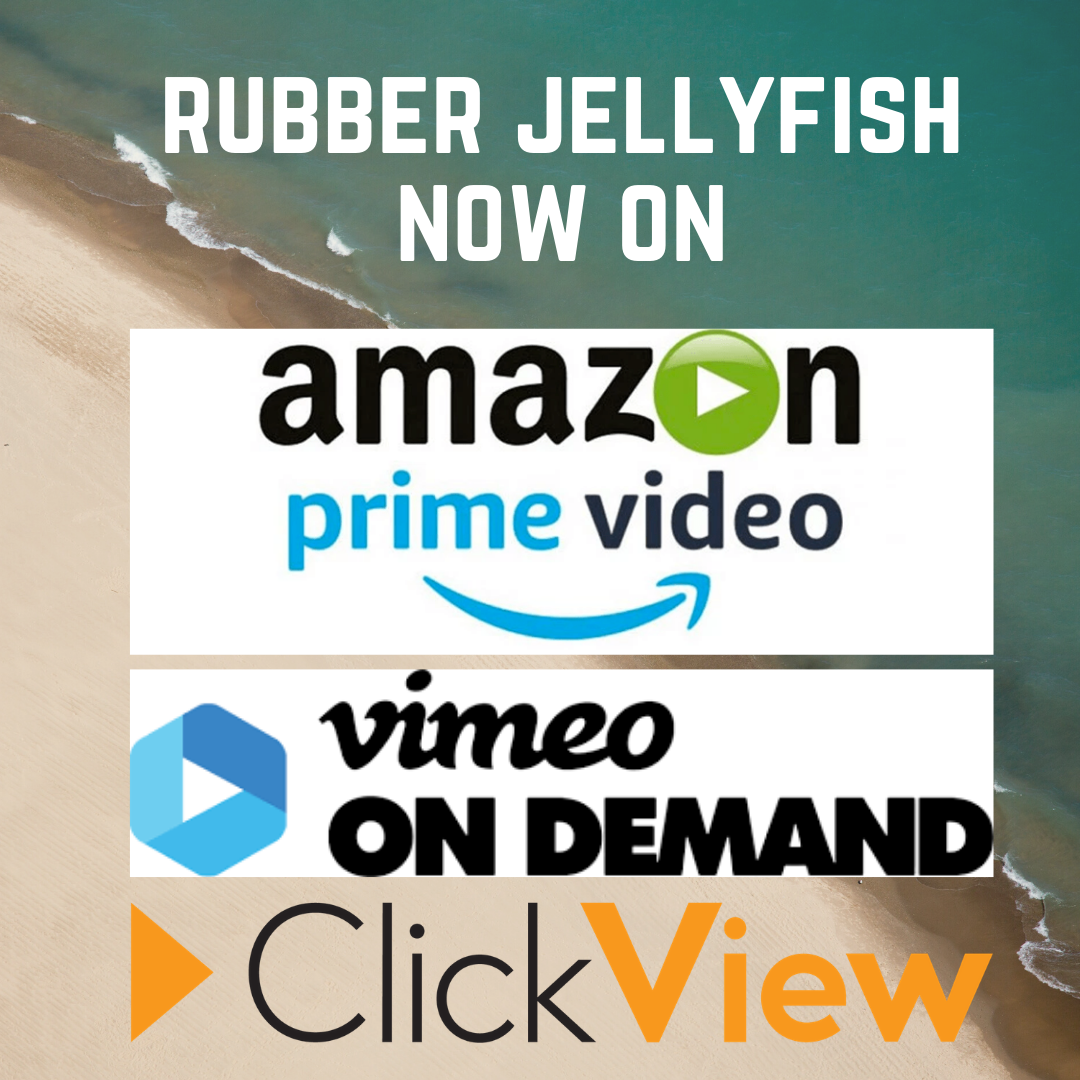 It’s been a bit quiet around here while we have been working toward our digital release. There have been so many ups and downs to get this film first to theatres, then to film festivals and community events all around the world.

We kept the film exclusively in theatres and at community events for over a year intentionally because of the incredible feedback we were getting from these events.

Activists were using the film as a conservation tool and bringing influential people, including politicians, to screenings to push important legislations surrounding balloon release ceremonies over the line.

Now we want to see the film be seen by as many people as possible and so we are letting it loose into the big wide world!

Rubber Jellyfish is now available in the USA and UK to Prime Video subscribers. This opens up 115 MILLION potential viewers who can stream the film for FREE!!! We are so stoked about this. For those outside of the US and UK, you can view the film for a small rental or download fee through Vimeo On Demand (https://buff.ly/32uFNa0). Fees received will contribute to our next meaningful creation (another conservation film) which is already underway.

Rubber Jellyfish is also available to schools in Australia, the UK, and New Zealand via the subscription streaming service Clickview (which has a 1 month free trial) or interested schools can purchase an educational screening license directly from us. Proceeds again will go toward our next conservation film.

We would be so extremely grateful if you would share this post far and wide and help the film be viewed by as many people as possible. Sea turtles, sea birds, platypuses, seals, horses, bighorn sheep, and countless other species are impacted every year by balloon litter. Our film focussed on endangered sea turtles and sea birds because they deliberately swallow balloons they find floating in the water because they so closely resemble their natural food items.

For three decades, the balloon industry told customers that latex balloons were environmentally friendly which created a worldwide trend of balloon release ceremonies. The people that conducted these ceremonies were not bad people, they were misinformed people. The balloon store owners that told people this information were not even bad people because so often they had also been misinformed by their own industry trade groups.

This film puts the environmentally friendly balloon myth to rest once and for all.

For those of you who were looking forward to a Netflix release, we unfortunately were rejected by Netflix because they felt it was too niche. However, they did not review the full film, only the trailer. If this bothers you, it may be helpful contact Netflix and request the film.

Thank you so much to all of you who have supported us every step of the way.