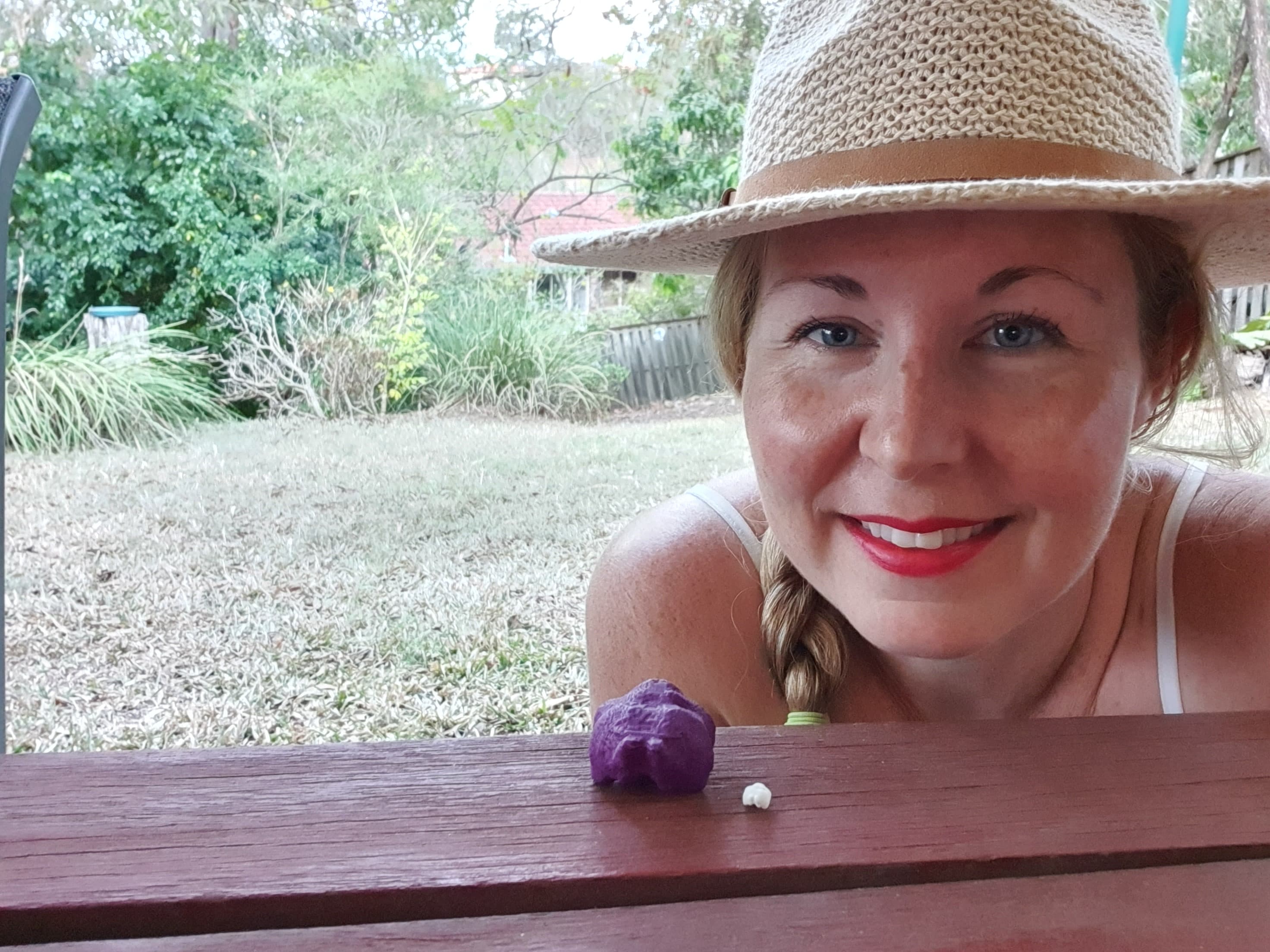 Those of you who have attended a Rubber Jellyfish director Q&A may know that my film journey started about five years ago when I was studying bat testicles. Yes, you read that right.

Years beforehand I had read a landmark study that had stuck in my mind about a tradeoff that exists between testicular tissue and brain tissue in microbats (ie the small insect-eating bats common the world over, as opposed to fruit bats). Apparently because microbats are so tiny and light (often less than 10 grams), they have extraordinarily tight energy budgets meaning in this case that they can ‘afford’ to either have large brains or large testicles, but not both (sound familiar, ladies?) 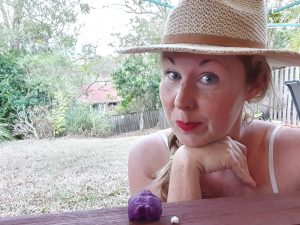 Me with a to-scale replica of a Chalinolibus gouldii (Gould’s Wattle Bat) brain. The purple model is the same thing, just magnified 500x.

When I learned of this I wondered if in the species where males are packin it downstairs, perhaps the females had larger brains than the males. After all, as females we are lucky to never experience the heavy burden of lugging testicles around the world (life must be so tough for them) and so therefore it stands to reason (or so I thought) that perhaps female microbats could afford to have larger brains than their unfortunate male counterparts.

My findings, however, found this to not be the case and rather, it appears that regardless of how big a male’s testes are, brain size is fairly equal between the sexes  – at least for each of the Australian microbat species I measured. I am still perplexed about this outcome but there you go.

What is most fascinating about all of this is that the determinant of what causes large testes size (and as a result in this case, brain size) in microbats is female behaviour. 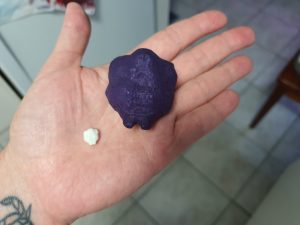 In fact, female behaviour drives testes size in all species. In species where females are relatively promiscuous and take numerous mates, males will have relatively larger testes than you see in species where females are extraordinarily loyal. It’s an evolutionary adaptation not unlike purchasing many raffle tickets (aka sperm) if you really want to win the door prize (aka egg) and there is a lot of competition for it. Gorillas, for example, have absolutely tiny testicles compared to humans. Clearly, there must have been a whole lot of slutty caveladies back in the day – at least as compared to gorillas. Although, to be fair, we have nothing on chimps but that’s a story for another day. 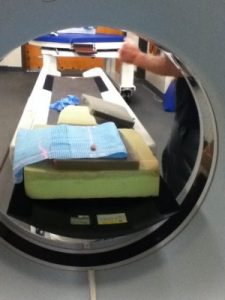 It was absolutely hilarious watching such tiny specimens moving through a CT machine large enough for a horse! We literally performed the scans at the University of Queensland Equine Hospital.

To do this comparison between male and female brain sizes in microbats I had to CT scan a whole lot of bat skulls and then create 3D models of the skulls using 3D modelling technology. It took a lot of work to learn how to do this and my supervisor suggested that once I had completed my masters degree I should go on and do a PhD using CT technology and digital modelling again but to study sea turtles experiencing float syndrome.

I learned that float syndrome is a unique health condition that sea turtles are increasingly falling victim to. One major cause of it is ingestion of marine debris – especially of plastics and other man made items. Early into my research I came across a study out of the University of Queensland where they had examined the digestive tract contents of sea turtles that had washed ashore, deceased. Of the rubber items inside of these sea turtles, 78% was comprised of balloons and balloon fragments which was about double what they had expected to find, based on how common balloons are as a type of litter found on the beach. The high numbers of balloons inside of turtles indicated that sea turtles were not consuming balloons by accident or random chance – they were specifically choosing to eat balloons. Why would they do this? Well, the study accounted for this with a clear as day image of a balloon looking exactly like a favoured sea turtle prey – a jellyfish.

From there, I continued my investigations and learned that there had been numerous studies 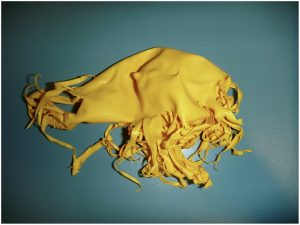 A picture is worth a thousand words. Here is the first image of a “rubber jellyfish” balloon that I ever saw, which had appeared in the 2012 academic paper by Schuyler et al. 2012 (reproduced here with permission by the Creative Commons). Viewing this one single image changed the trajectory of my life.

demonstrate that balloons are harmful to animals and very slow to decompose in marine environments (if they ever fully do). I also learned that the balloon industry was telling a very different story. Their claim, which I found on balloon store websites all around the world, was that balloons were 100% biodegradable and environmentally friendly.

I don’t know if it was my love of wildlife, my stubborn streak, or the fact that I’m a Libra which is supposedly all about fairness and justice, but I couldn’t let this go. It was clear to me that as much as I wanted to pursue a PhD (something I am still planning to do), this particular issue would be better handled through the media and a long-form documentary, where I could really sink my teeth into the issue, felt right.

So there you go. You never know where life will take you. You might be balls deep (har har) into something which you feel will take you along a certain trajectory but which actually takes you down a completely different path. I’ve learned that it’s important to stay curious, to be determined, and to not be afraid to take on something big if it’s the right thing to do and could benefit the world.